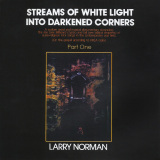 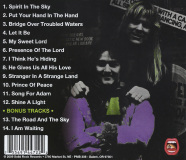 SKU:
$12.99
$12.99
Unavailable
per item
Factory Pressing.
In 1974, frustrated by the music industry's intention to dilute the impact of Jesus rock through the many religious songs that mainstream artists chose to record and the fallacious rumours that celebrities like Clapton had been saved, Larry Norman wrote various hard hitting features that magazines and papers wouldn't print. As a second line of attack he decamped to his home with a pile of recording equipment and a few friends to record a series of tongue in cheek cover version. Randy Stonehill introduces the songs in the style of an over-the-top egotistical West Coast DJ, The Surf Duke, and frankly this has some hysterically funny moments! Their acoustic version of Norman Greenbaum's "Spirit In The Sky" is absolutely hilarious! Larry's imitation of Mick Jagger on the Stones' "Shine A Light" is outrageous and the segue of "Bridge Over Troubled Water", "Let It Be" and "My Sweet Lord" is suitably respectful, until we get to the disco break in the latter song and Larry again adopting Mick Jagger mode starts singing, "I'm So Bored". Call me iconoclastic but these songs deserve to be ripped apart! After the Clapton rumours of conversion which surface every five years or so, "Presence Of The Lord" is given a straight rendition although it's worth bearing in mind Larry reports that Clapton wrote it to express escaping from the police who wanted to bust him for drugs! This CD release closes with two bonus tracks which did not appear on the original vinyl release. This time they're introduced by Larry's Big Bomber DJ alter-ego on Radio K.R.A.P. and include another great Mick Jagger impersonation on "I Am Waiting". Mischievous yet making an important contribution cataloguing counterfeit "Christian" culture. Another album for Larry completists! - (Description from Cross Rhythms Magazine)
Sold Out
Add to Cart
TRACK LISTING:

Spirit In The Sky - Written by Norman Greenbaum

Put Your Hand In The Hand - Written by Gene MacLellan

Let It Be - Written by Paul McCartney

Presence Of The Lord - Written by Eric Clapton

He Gives Us All His Love - Written by Randy Newman

Stranger In A Strange Land - Written by Leon Russell

The Road And Sky - Written by Jackson Browne

I Am Waiting - Written by Mick Jagger & Keith Richards